Well last Pday was interesting. Most of it was spent waiting at a Mcdonalds for the zone leaders to come but it was fun non the less! Played a little soccer with Elder Nulak who makes all the rest of us look terrible. I thought I would have some sort of a chance with my intense intramural BYU soccer training (not in the slightest) last summer but to no avail. That night we also heard like 5 gun shots which made things interesting. Probably just drunk people, that's the explanation for everything unfortunately.

Thursday we found this tribal "Caz" (thats how its pronounced but I have no idea how its spelt). We basically just walked up to the owner and asked if we could go see it. She was totally chill and after the "tour" we shared a quick message and gave her a book of mormon! Turns out she's a little interested! We also met with a super chill less active named Gilda for the first time. I think we can get her back to church she just needs a little motivation! Tons of less actives here don't really have anything against the church and lots of them still believe its true. Usually just some motivation gets people back to church.

Friday while contacting we found this super atheist guy who lived alone in a shipping container. Turns out he was quite the intellect even though he was basically a hobo. Was a good opportunity to bear simple testimony even though he tried to disprove everything about religion. A simple heartfelt testimony is something no one can deny or take away from you. We also had our first lesson with a new investigator named Cecil! She seems pretty interested. She knows the church from her excommunicated boyfriend and I think the both of them want to come to church!

Turns our Sunday was stake conference. Had no idea. We showed up at the chapel at 10 not because stake conference starts at 10 but because Dumbea ward starts at 10 haha. It was a regional broadcast for all the south pacific and Elder Renlund was the presiding apostle! He translated his own talk into French it was kinda cool. His accent was not the greatest but cool non the less! We also had a lesson with this guy up in the squats who believed in the book of mormon and believed that the Mormons were right but he said that the second coming already happened. No matter what we tried to explain he was dead set on that haha.

Monday was just some contacting and we accidentally found Dumbea Gorge. Id hear about the place but never had been there.

Tuesday was my birthday!! Had a district meeting like normal on a Tuesday. We also helped this family move a huge birdcage on a tiny pickup truck. Don't have a picture unfortunately but it was sketchy. Also caught a cold as well. The rest of the day was me being sick which was not fun but makes for a memorable birthday. Thats it for this week! 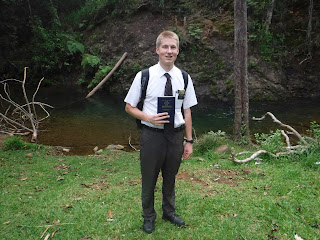 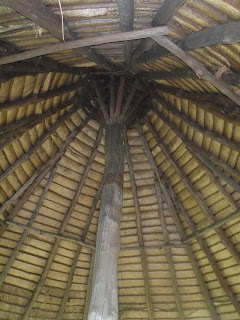 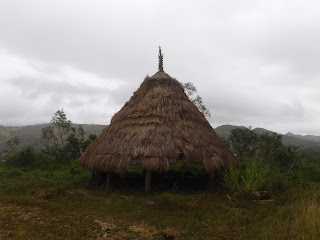 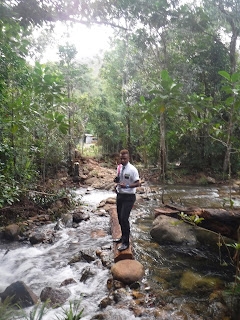 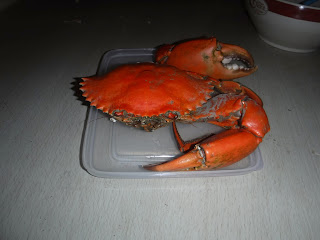 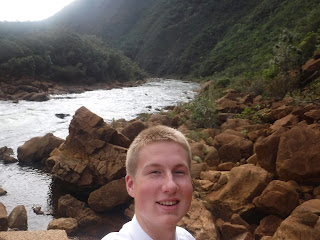 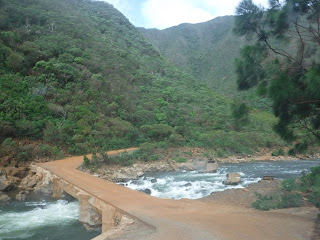 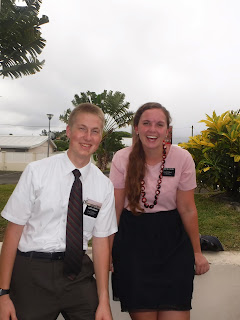 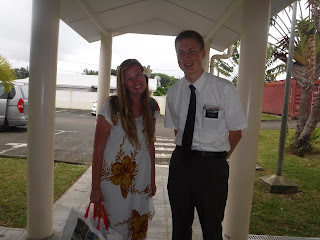 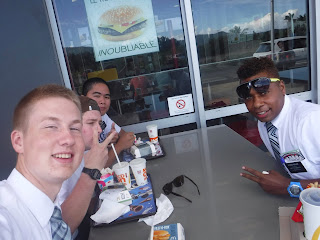 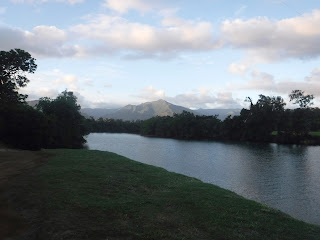 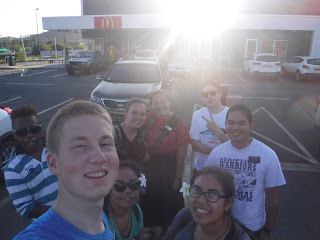