Its been a while! There is so much to talk about but I only get an hour to email now so I'll make it quick! First off President Hillier personally took Elder Walton and I to the SLC airport and we took a short flight to San Francisco and met up with the rest of our MTC district. We barely had any lay over time in San Fran because our SLC flight got delayed like 2 hours but it all worked out.... thank goodness. From San Fran we took a 13 hour flight to Auckland New Zealand which was crazy long but I managed to get some sleep. In Auckland we had like an 8 hour layover which was also crazy long but saying I've been to New Zealand is pretty awesome. Let's just say it'd be nice to have a vacation there. From Auckland we got on a flight to Port Vila Vanuatu! The moment I stepped off the plane onto the tarmac in Vanuatu I felt like a truck hit me. The humidity change from Salt Lake to Port Vila was absolutely insane. The Elders going to New Cal got to stay in Port Vila for 2 days for some orientation stuff and we got to go to presidents house etc. Vanuatu is a super cool place. Felt like I was back in Fiji :)))) So we landed in Vanuatu Wednesday and then flew out to New Cal Friday morning. Seeing New Cal from the air was stunning. The whole island is like a jungle of mountains... it's really cool. The weather here in New Cal isn't quite as hot or humid as Vanuatu but its still enough to make you feel REALLY unconformable in church clothes all day haha. My new trainer's name is Elder Conger! Funny story... I actually met him in the MTC. He left 4 days after I got to the MTC and now he's my trainer!!!!! He has literally been out on his mission for a transfer longer than I have which is kinda crazy to think about but we do our best! He knows just enough French to get by so its been an interesting first few weeks. Our area is called Ducos which is the North Western part of Noumea. I really enjoy it here! We get quite a diverse set of people in our area. Some who just live in squats in the swamp and some in big apartment buildings! The first few days here I couldn't pick up on a single word anyone was saying. The accent here is really unique. It's not a typical french haha. It's like a mix of a Tahitian accent and a mainland France accent. Its really hard to understand. After about 2 weeks however I am starting to pick up on what people are saying. Slowly but surely! Oh, I also really love my new mission president! President and Sister Granger! They are from Australia and are always super happy and funny. Till next week!

Some pictures! Zone Conference, View from my apartment in New Cal, View from Presidents house in Vanuatu. 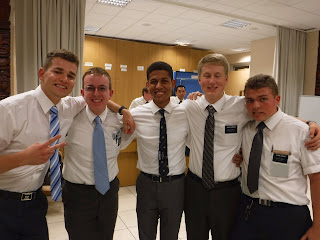 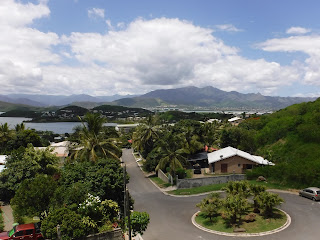 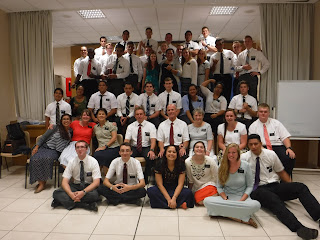 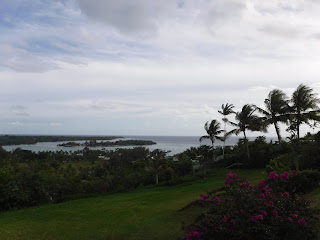 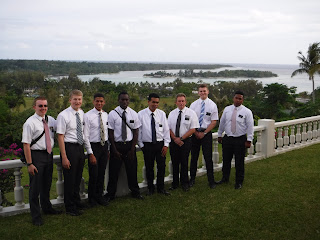 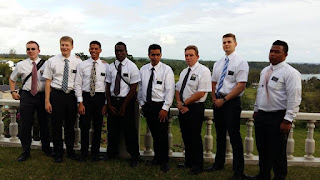 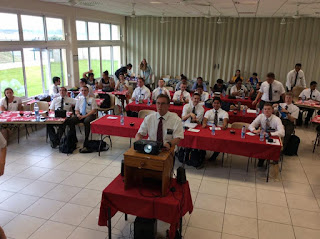 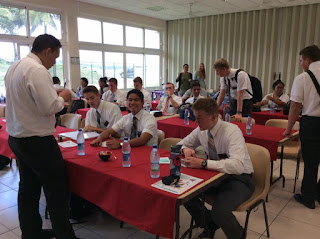 Made it to Vanuatu, Port Vila Mission, South Pacific Islands 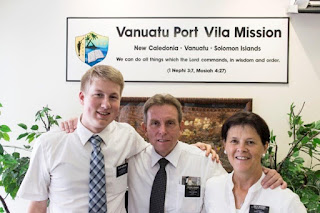 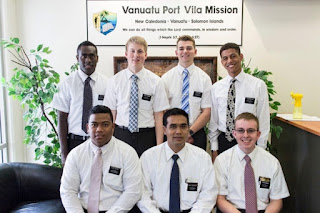 Last photo of the Elder Burbank in Salt Lake 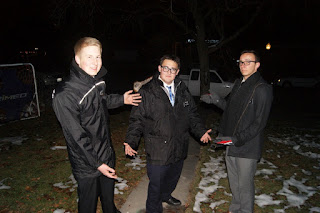 Leaving Salt Lake and onto the South Pacific Islands

Last day in the USA! It's going to be REALLY hard to leave all these
great people here in 'sugar' house. These last seven weeks here have
been awesome! I feel I've learned so much from being here! It also
feels like I just got here and I already have to leave :(( I report to
the mission office in about 2 hours at 12:45. They still haven't told
me any flight information!

As for the week last p-day was pretty awesome! We basically sat in all
day because it was the day before transfers but we found out that
elder Lyons is gonna be training again! Also I got to teach a lesson
in French! Elder Nelson in the Swahili area went home so we went with
his companion to the Swahili area and taught a family from central
Africa! Super cool experience. A little taste of what I'll be doing in
a few days from now!

Tuesday we picked up our new trainee Elder Evans! He's a pretty cool
guy from central Florida! We've been in a trio all week and it's been
interesting. Our basement apartment is quite small so having 3 Elders
in there gets a little chaotic haha.

Wednesday we got to go on splits with the highland park Elders quorum
which was pretty successful. For dinner a member gave us a bunch of
money to go out somewhere nice and we went to Olive Garden :) I called
it my last supper round 2.

Thursday we didn't get to do much. A lot of walking in 20 degree
weather with nothing to show :(

Friday was our first district meeting with the new district. I really
like the new Elders and sisters we have. I'm pretty sad I have to
leave!! For dinner we met this guy from Lethbridge who apparently
knows some Burbank's, haha. His name is Brother Ames. He lives in SLC
now but he said he still goes up to Canada a ton. Crazy stuff.

Saturday we had a morning Christmas party and we had the Highland park
ward centennial celebration! The celebration turned out pretty well.
Lots of people came and there were even some news broadcasters. For
dinner we ate with a guy who is straight outta France! We ate
something called Raclette and cooked the food on the table in front of
us. Pretty cool stuff. He gave me some good advice for serving French
speaking.

Sunday I got to say goodbye to a few families and got to bare a
farewell testimony in Highland park. I also had my departing interview
with president Hillier which went really well. I'm pretty sure he's
gonna be the next apostle haha. Can't wait to talk to him once I get
back! He'll still be serving here in salt lake by the time I'll be
back here for school! Till next week. 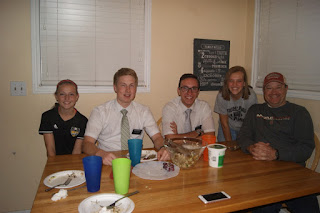 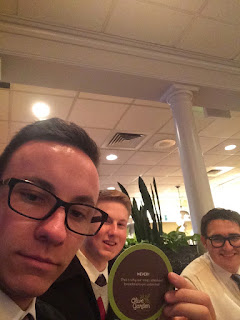