This week was....interesting. Last Pday our original plan for our district activity fell through so its turned into souvenir shopping in downtown Nouméa, which turned into fabric shopping because all the sisters in the district wanted to make their own dresses haha. C'est la vie. We also met with a long time investigator for that first time. He's a 15 year old kid named Timiona who wants to get baptized but his dad wont let him. Its a tough situation but we are still trying to help him out.

Last Thursday I made this board game about the plan of salvation for a big dinner appointment with multiple families and investigators. I think it went pretty well. Everyone got a good laugh out of it.

Friday it took a while to get out of the house but once we did good things happened! Found 3 new potential investigators and had another lesson with Nels who had tons and tons and tons of questions about the Book of Mormon. We did our best to explain everything. He even prayed at the end of the lesson which was great!

Saturday we had a "lesson" with this super nice guy named Jean Hugues. Turns out he is a super active member of the Pentecost Church but he loves the missionaries. He basically just talked the whole time about why Christianity is needed on the earth today. Super interesting guy. I shared a few verses from the Book of Mormon that he really liked I think. Next time he said we'll get to do some more talking. I hope. We also had another lesson with Fanny. I gave her a baptismal invitation this time around because she told that she knew that the Book of Mormon was true but she said she wants to know more first. I think we are going to try to set a date for her soon because she is READY!

Sunday we gave our Aaronic Priesthood Celebration performance in sacrament meeting. All the priesthood holders sang Ye Elders of Israel which was cool.

Monday we went downtown to go get Elder Nulaks Carte de Sejour which is basically a visa. After we went straight to the office for mother day calls which I am super grateful for! Its hard to miss Katie's wedding but it was good to hear that all is going well at home! After we also did an exchange with the zone leaders. I went with Elder Watkins and basically all we did was have meetings with stake leaders haha. Got to meet with a High councilor and the stake president who is a super cool guy who was raised in France and served in England. Almost all his family speaks English and they prefer to speak English when they have the chance so that was cool.

That's about it for this week! Transfers are on Monday so we'll see what happens.

Pics: Family night, In the car, When investigators just give you random fresh fruits and veggies, oh and SMARTIES 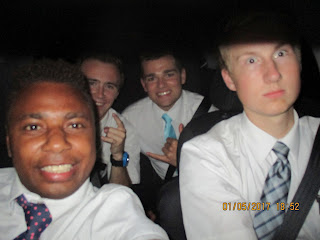 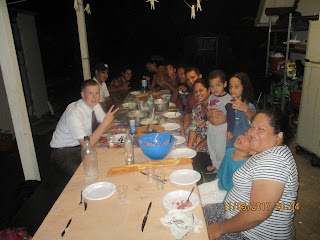 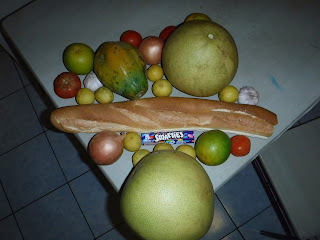 A better picture of that train tunnel and the stake center on new cal!, our apartment. 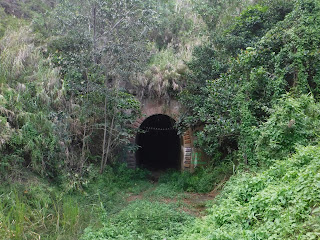 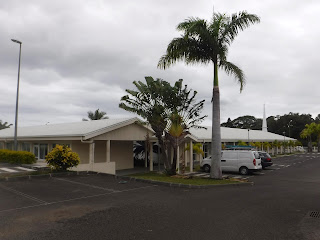 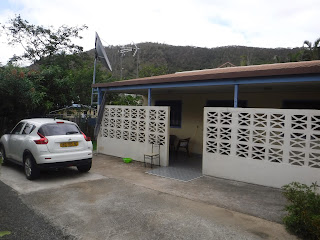 Cyclone Donna made for an interesting week. The storm didn't really hit the main island so it was just overcast and tons of rain all yesterday and Monday. No real damage. The government still put out a national warning though so we had to still in our apartments for 2 days straight. I can confidently say that I've seen every Church produced video in our apartment multiple times haha. I kinda enjoyed the last two days though. I really spent tons of time in the scriptures and finished all the gospels of the new testament for the first time on my mission. Its cool to see each perspective of the life of the savior. They're all Worth reading! As for the rest of the week:

Last P-day all we really did out of the ordinary was go to Tontouta to get haircuts from the zone leaders. My hair has never been shorter since I was about 5 I think haha.

Thursday it took a while to get out of the house. Once we did we had a lesson with a new investigator from Tahiti nicknamed Nels. Hes a super chill guy and has a good understanding of the Bible for his background. We also spent a lot of time contacting around up in the squats and jungle. Felt like Boy Scouts all over again haha. Crossing rivers and walking on sketchy bridges and what not.

Friday we continued contacting. Didn't have any lessons but we did come across this 95 year old man who had Fallen in his garage. We helped him up but he couldn't really talk. He was going a little crazy in his old age I think. I little sad to see. We had to find and Wake his wife to tell her what happened.

Saturday we had another lesson with Fanny Xewe. We answered her question about baptisms for the dead and taught the plan of salvation. The lesson went super super long because she had lots of questions but I think she enjoyed the lesson overall. I think she really likes the Church in general but still is a little skeptical. We also had a meeting in the morning with our ward mission leader. It was one of the sister's birthday so he made us all breakfast with BACON. First time I've had bacon since salt lake. I literally had bacon everyday in salt lake but now I cant! Its just too expensive here.

Sunday we tired contacting up in a richer area on a mountain in our area. It did not work out very well haha. Its crazy to see such a huge contrast of people just within our area. We also went to a priesthood celebration choir practice Sunday night with all the men of the ward. Ward choir is shockingly exactly the same in French as in English. Its pretty funny...not always in a good way haha.

Anyways that's all for this week! Call you on Mothers day!

Pics: Views, Grapefruit and a sprouting coconut, comp pic by a river, Missionaries of Dumbea ward in the Liahona! (Ward mission leaders boat). 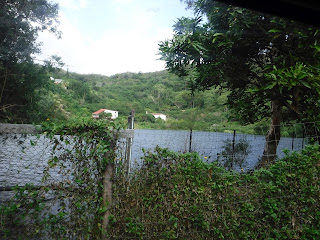 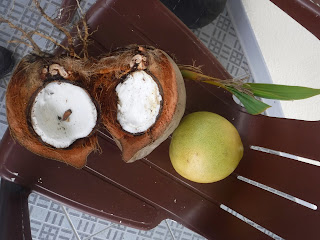 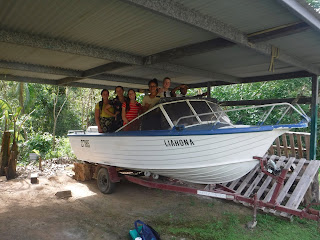 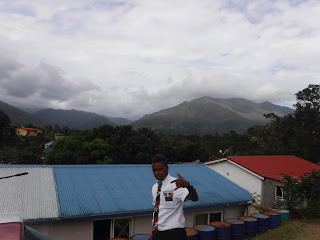 Highs and lows this week. Last P-day I woke up from a nap feeling absolutely terrible. I puked a couple times that evening which was not fun at all. I didn't get a whole lot of sleep either which made me tired all week long. No idea what illness I got but it was gone the next day.

Thursday went pretty well. We had 4 unplanned lessons and got to eat with an awesome family in our ward, the Waintiligon's. They invited a non member Tahitian family and we taught all the restoration. Huge potential there. I really hope they stay interested!

Friday not a whole lot happened. Just some contacting and a few Books of Mormon given!

Saturday we had a lesson with Fanny Xewe again. We taught the restoration again even though shes had it before but this time she told us she really understands it now. She also had random questions about baptisms for the dead which is always a good sign haha. We are going to explain them with the plan of salvation this Saturday! It also started raining super hard Saturday. We were driving up in the squats trying to find one of our investigators and the car was slipping all over the place in the mud. We also contacted a guy who was casually drying out and trimming a marijuana branch. He told us how its still super illegal even in New Cal and how how much it was all Worth haha. Pretty sketchy! We also ate dinner with another family in our ward, the Selui family. The father, Sagato, kept trying to talk in the English the whole time we were there it was pretty hilarious.

Sunday we had to say goodbye to Beniot for the all the month of may. He's still getting baptized on June 10th and his program is already put together but now we just have to wait for him to get back from Australia! We also had a stake late Easter concert which was good.

Monday and Tuesday was zone conference! Another super great experience to hype up all the missionaries! President Granger and his wife are amazing! Some good changes are being made to really help the developing stake here in New Cal.

Pics: Zone conference, the apartment (just the little left part of the house), the humble "squat" 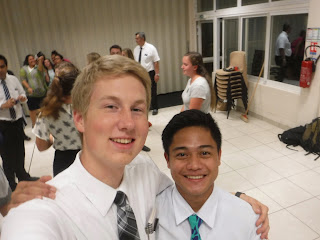 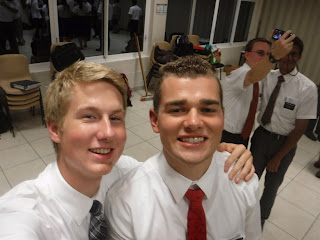 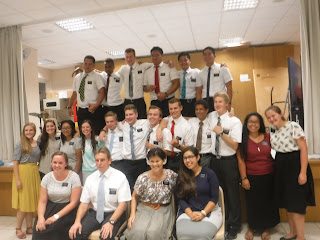 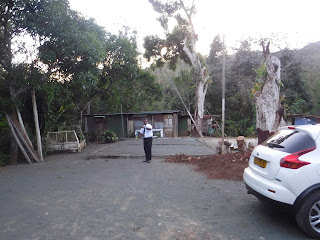 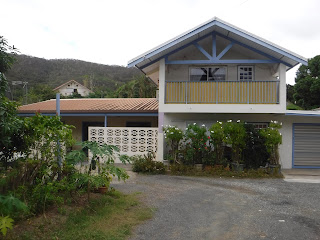