This last week has been a little crazy. Last Thursday we started this new missionary schedule and got out really early in the day! It turned out super well! We contacted tons of people at bus stops and door to door and lots seemed interested in our message!

Friday was alright but we only really got to teach 1 lesson. Later the Sister Training Leaders and Zone Leaders invited just Elder Conger and I to one of their meetings. The whole time we felt like it was some sort of trap haha. Turns out they assigned us to give a zone training on Tuesday which was a little terrifying!

Saturday we had our first exchange! I stayed in the Ducos area with an Elder from Vanuatu, Elder Nulak, and Elder Conger went else where. Elder Nulak does not really speak English nor French very well. He has been in New Cal for a transfer less than I have! I had to do most of the talking because it was difficult just to communicate with my companion and he was brand new to the area! Probably the most terrifying thing I've done on my mission so far....up until the zone training on Tuesday haha. We scraped by. I think I surprised myself a little with my ability to speak French though!

Sunday we got to go to a fireside about all the New Cal Saints that recently got to go to the temple in New Zealand! Once a year a huge group goes down to New Zealand to do temple work! I think there is a video on LDS.org about that here...

Monday we unfortunately lost one of our investigators. They are a super catholic family that says they love reading the Book of Mormon with us and they even said they like it because it's exactly like the Bible just more clear and powerful but they still don't think its true haha. They said one day maybe they'll look more into it. A little sad but the work goes on.

Tuesday was zone training day. The whole time I was just thinking I couldn't speak French and how cruel the zone leaders were for making some white kid who hasn't even finished his training give a training in French for the whole zone haha. With all that said though it turned out ok! There is always room to improve but it was good!

So this week is probably my last week with Elder Conger :( We find out transfer details on Saturday which officially makes an end to my training! I'll let you know what happens next week! 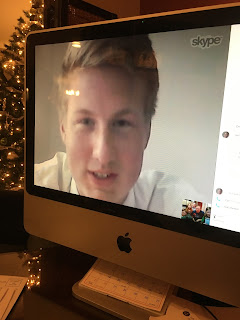 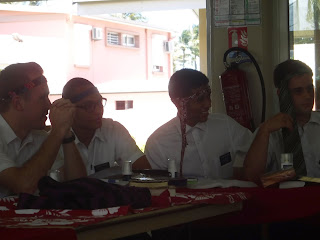 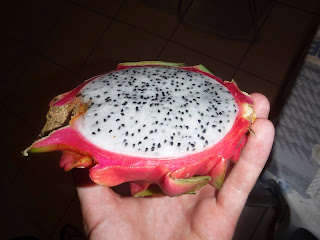 This week has been really good! Last P-day, the district got together to practice for the zone talent show for zone conference on Monday and Tuesday. I wrote this parody on "Skyfall" based on the VPVM (Vanuatu Port Vila Mission) which was pretty funny. I think President got a good laugh out of it.

Last Thursday the weather was a little insane. We left the apartment early to go teach an investigator and the wind was blowing at 40 mph with rain pelting down. Elder Conger and I got sufficiently soaked. To add to the bad weather, all our lessons fell through so it was a little rough.

Friday we decided to go to a really far part of our area that's up on top of a mountain. Took a bus or two and some walking but I worked out well! We got to contact a lot of people. Everyone up on the mountain seem so much nicer haha.

Saturday was a little rough to start out but it turned out ok. Right as we were heading back in to our apartment a member of the bishopric Frere Ulivaka called us up and had us come over for dinner! They even had a non member that we could share a message with there too! The non member is actually his daughters boyfriend haha. The daughter Cindy served in Tennessee with Avery oddly enough and was curious about the wedding haha.

Sunday we had an investigator come to church again which is awesome! Really looking forward to seeing if they really start progressing!

Monday was the first day of zone conference!! We got to watch the new missionary broadcast that they had a few weeks ago. There are some new changes for missionaries with the daily schedules and such! Really cool to see! It was also really great to see president and his wife again! They are always awesome with their trainings and such!

Tuesday we finished up zone conference and it was great! I think we all learned tons of stuff and the work should really pick up! For lunch we also went up to the top of this mountain which has an awesome view of different parts of Noumea pics below! Till next week! 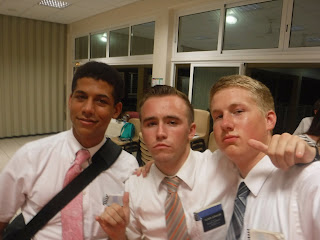 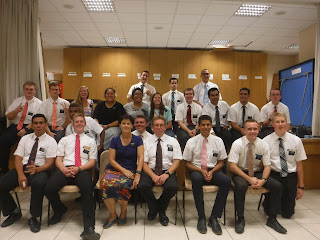 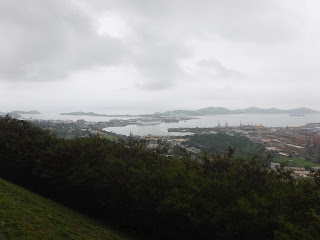 Another great week here in New Cal. Last P-day we went downtown as a district to the WW2 museum which was fun! The lady at the front desk of the museum (who runs it apparently) loves missionaries. As a district, we had a prayer and a mini lesson with her right then and there haha. We left her with a Book of Mormon that we all wrote our testimonies in which was awesome!

Thursday we had a lesson with the a recent convert family. It was pretty hilarious though because there were workers just outside their house with weed wackers blaring away. We literally had to shout the hymns we sang and practically scream across the tiny table we were sitting at just to hear each other.

Friday we had a lesson with one of our best investigators! She's working towards getting baptized on March 4th which is right after transfers so we'll see if I'll be here for that. Friday night we had a ward party for the Hanna Family! They left just yesterday back to the States. They have been a huuuge help for missionary work here in the Ducos ward! Huge thank you to them!!

Saturday we went contacting with a ward missionary into areas that we normally don't get to go to. The Ducos area is pretty big and without a car is can be hard to get everywhere so the members are a huge help!

For Church on Sundays now we have two new elders coming: Elder Walton from my MTC district :) and Elder Darche who is from Montreal! That's 8 missionaries total just in the ward of Ducos haha. They don't actually live in our ward boundaries but there is some complications for them to get to there own ward. There is this area of New Cal that has a big problem with tribal violence and such and sometimes the highways get shutdown and they steal peoples cars and burn them...so yeah. President said they can't travel across that area now so they're stuck with us haha.

Monday we had our final farewell.... just Elder Conger and I with the Hanna Family at this suuuper good restaurant owned by members. We all got these massive cheeseburgers that were just about the size of a plate haha. Super good stuff.

Yesterday it was pouring rain all day. We tried to defend ourselves with umbrellas but to no avail! In the evening we showed up to my first ward counsel soaking wet haha. Good times. Hope everything is going great at home! And that snow at home looks insane! Till next week! 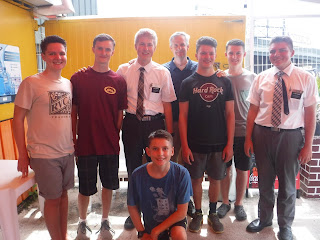 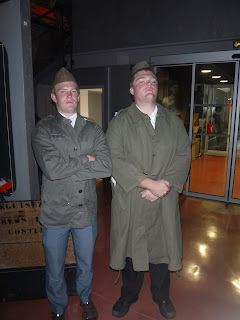 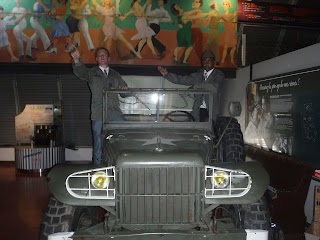 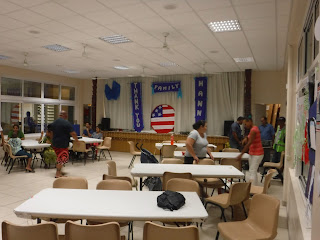 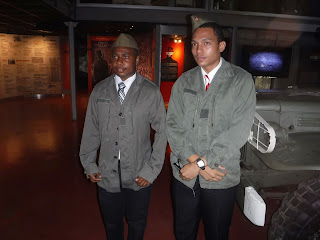