Home at the Airport 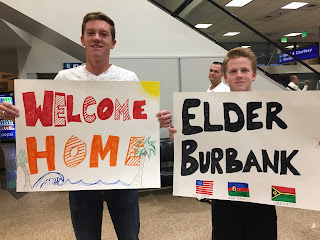 before and after shots with Connor and Nate Burbank 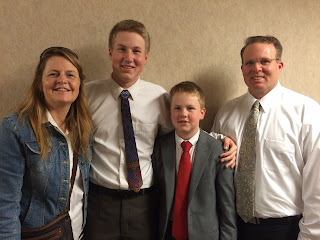 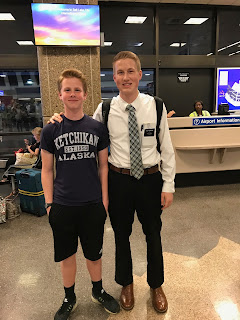 With Elder Graf at SLC airport 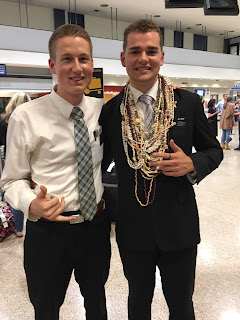 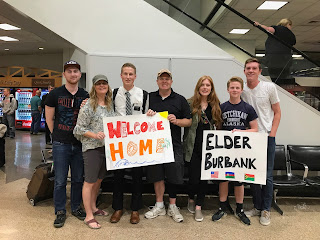 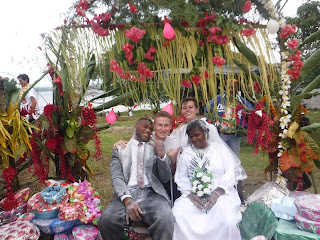 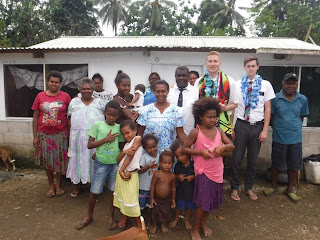 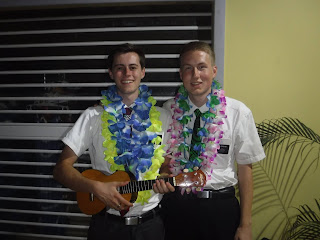 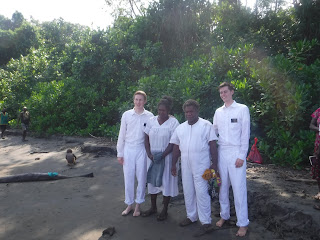 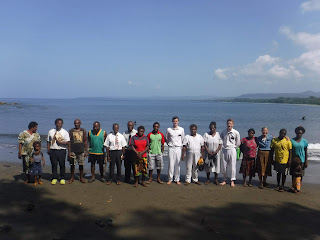 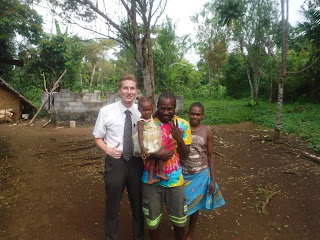 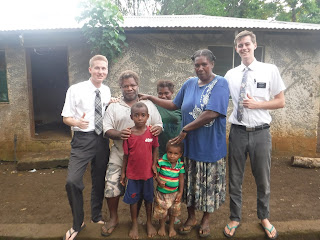 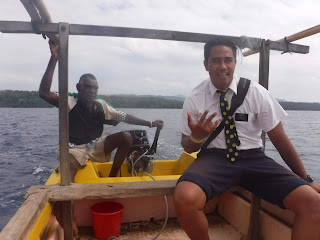 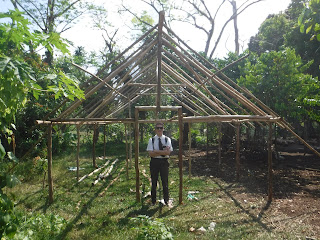 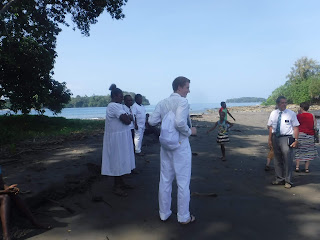 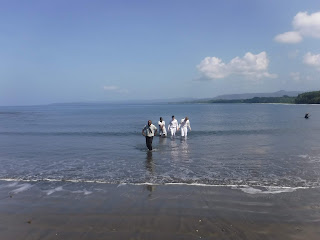 The last two weeks of my mission have been so so awesome! A ton of things happened. Ill start with the preparations for Jack and Julies marriage. On P-day we went to help Jack and Julie in town to help them get the paper work they needed. Their marriage was on Saturday the 25th :) the day before I started my long voyage back to SLC.

A week before Jack and Julies big day we also had a baptismal service in the ocean :). Peter and Anna finally chose to become members of the church and it was such a good day! We were planning on doing the baptism in a river at first because it is much more convenient however all the rivers were too low/dry! We defaulted to the ocean in a calm little area beside a tiny tiny little island. Everything about the baptism was simple calm and dignified. I had the opportunity to baptism Anna and Elder Hales performed the baptism for Peter. Sunday was a really good day too. We did their confirmations and then had a long talk and lunch together afterwards :). The following Monday I had my last zone conference. Elder Hales and I gave a few trainings with president and it was good! At the end we had a testimony meeting and I took the opportunity to bear my testimony for the last time in front of the zone. Probably one of the longest testimonies I have even given and the spirit was strong. Following zone conference I had a really good last week. I spent a lot of time just seeing everyone in the area and writing them letters. Some of the best moments I had was with the Tanovoli branch, Peter and Anna and Pauline the member from Wallis. My last "kaikai" or meal with Peter and Anna was especially good. We ate a roasted chicken and some taro mashed up into this stuff called "Nalote". It was really really good. They also did a custom where they adopted me into their family! My islander name is Malieu and now I can officially say I have family in Vanuatu even though everyone is my family over there :). It was a tender moment.

One of the last things I did was go to Jack and Julies wedding. They got married in the district center chapel and it was amazing. Julie should be getting baptized in a couple week too which is awesome! Im so happy for them and for all the efforts they have made to come closer to God and follow his commandments.

On Sunday I had me last kaikai with the Tanovoli branch which was awesome too. They sprayed a bunch of baby powder on me and my companion haha. At 6pm I flew to Vila and it was surreal to be on the other side of the leavers group. I was no longer the travel elder taking leavers home I was leaving!!!

Monday we took our last Pday and bought some souvenirs. We walked around a crazy amount. Practically the whole day but it was good.

Tuesday we had our departing interviews with President Duquette and our departing devotional. We all got to bear our last testimonies and the spirit was crazy strong. We all shared one defining experience of our missions.

Early early Wednesday morning we were off. Elder Graf and I, the MTC comps, were heading back to SLC together!! We flew to Aukland first with another stud of an Elder named Elder Tini who served in the Solomons. When we got to Aukland his family greeted him with a haka. It was super cool. His family took us in for the 8 hour layover too and we got to play a little B-ball and ate at KFC haha. First time having real fast food in a while :). Once we landed in San Francisco I felt torn in two. I couldnt really accept the fact that I was out of my mission country. Im not sure what threw me off. I wanted to see my family but I didnt want to leave. The very last person I contacted as a missionary helped me however. On the flight to SLC from San Fran I sat next to a nice girl named Sandy. Although she didnt really believe in anything I did she still taught me how important families really are. She valued her family more than anything else it seemed and that helped me realize that coming home is alright. We will always be servants in God army but not always as a full time missionary. Our work in the kingdom of God may change but our identity never does and for this I am grateful. I am so grateful to have been able to serve the people of New Caledonia and Vanuatu. Their influence will forever change me for the better. I know God and his son Jesus Christ lives. I know this is his kingdom here upon the earth and I leave this testimony to whomever wants to receive it in the name of Jesus Christ. Amen. 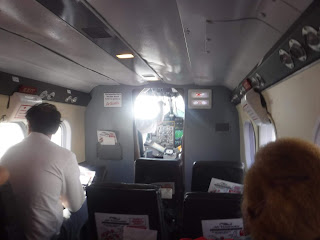 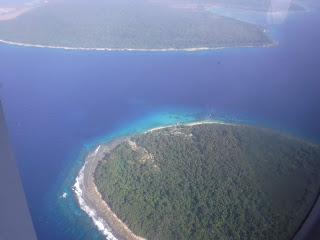 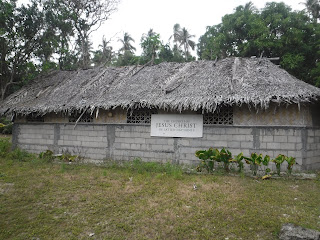 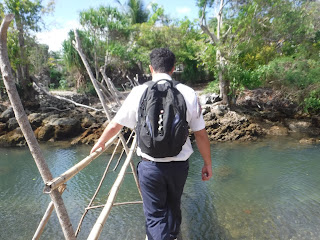 So this week was actually super cool! We got to do an exchange on an outer island, Malekula. We did exchanges with two companionships. The first we did with the Elders in Norsup. I went with Elder Hatch to a small branch called Litzlitz. The area and people were super nice. I met a girl from south santo too named Laymonday. Everyone calls her Monday haha. She knows tons of people that we talk to everyday in Santo. Small country eh? We also spent a lot of time with the leaders of the branch to try and encourage them because the branch is a little week as of now. When we got back to the house we found out that our luggage never came on the small plane so we just slept on a cold hard mat in the District leaders house haha.

The second exchange we did was with the District leader trio in Wala. I went with Elder Mii and Elder Saluone to this branch called Walarano and Elder Hales went with Elder Stapel. The village we went to was kind of dead unfortunately because everyone was at an important meeting but the people that were there all speak french which was awesome! We also got to go out to a small island called Wala on a tiny boat just to talk with some of the members and some potential investigators out there. The first and unfortunately last time I will get to be on a boat on my mission. To end the exchange we had a family house night with these recent converts and they made some of the best laplap banana I've ever had. It was life changing.

As for South Santo... it's going well! Peter and Anna's baptism will be next Sunday after district conference and then zone conference will be the day after. Jack and Julie will also be getting married on the 25th so we are getting hyped to see that too! I'm grateful to be serving a mission and I am especially grateful to be serving where I am! Its going to be hard to leave this place. Especially the members, the beauty, the culture. This is the kingdom of God on earth. I know it. That's it for this week!

Love,
Elder Burbank
Sorry I left my camera at home! I'm snagging a few of Elder Hales' photos from the exchange. 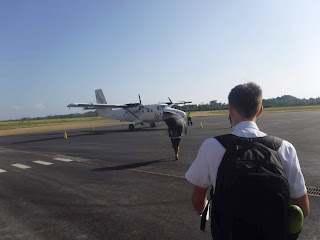 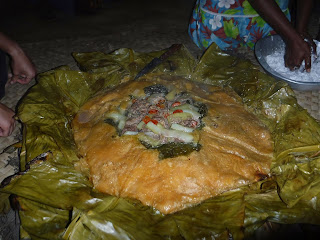 Put Your Shoulder to the Wheel

Last Tuesday was practically our Pday but we really didn't do much. We
did get to show The Testaments again however in Rata. A decent amount

of people all came over to watch. I think it was well received.
Sharing our testimonies afterward is always powerful.

Wednesday we found 2 new investigators, Tavon and Seule in Saradei, a
village where there isn't our church yet. We found them through our
investigator Peter actually! Peter isn't a member yet but he's already
sharing the gospel and talking to a bunch of his friends its awesome!
What's cool too is that he has other family members that I met in Vila
from Tanna who I taught and are now members of the church! Small
world.

Thursday we went over all the baptismal interview question with Julie.
She seems pretty solid. She needs to work on a few small things but
she's almost there! Her marriage will be on the 25th of August and she
may or may not get baptized the same day we'll see. We really really
want her soon-to-be husband to be able to baptize her but we are still
working through some things. Later the same day we tried contacting a
bunch of former investigators but it didn't really lead to much :(. We
did get some referrals from this old man from Solomon's though! He
said it would be good to teach his adult sons. We have an appointment
next week with one of them :). At the end of the day we tried to hike
it out to this village where they are trying to repair the road to get
to it but it was a bit of a disaster. There was sooooo much mud that
it was hard to even walk haha. My flipflops got so caked in mud that I
couldn't even wear them so a just sent it bare foot for like a mile. We
then found a dirty cattle pond and I washed my feet and flip flops but
it was not fun. Mistakes were made haha.

Friday our plans got changed up a little bit. We were suppose to have
another family house night in Rata but a guy in the village actually
died so tons of people were there to mourn and do the island crying
like on the other side of heaven. Later, further in the area we went
to another former investigators house but then this guy, the
investigators older brother came storming after us and yelled at us
for a good while haha. Caught us way off guard cause that never
happens in Vanautu. We talked for a while and tried to cool the guy
down and by the end of it all he ended up apologizing. Not sure why he
was so mad at us honestly. I think he felt like we had no right to be
here at first.

Saturday it just seemed like nothing really interesting happened haha.

Sunday one of the less active papas in Tanovoli, Rolong finally came
back to church!!! It made me pretty happy. After church we had a
really really long lesson with Peter and Anna up in Jarailan, Elder
Hales invited them to share their testimonies of the church thus far
and the spirit was super strong and we collectively set their
baptismal date for the 19th :). Later in the day we also had another
lesson with Melodie and her pops Savauli. They are pretty strong
Presbyterian but are really open to learn more about our church.
Somehow the lesson went from explaining the Book of Mormon and how it's
divine prophesy to explaining the restoration of priesthood keys for
the gathering of Israel. Bit of a deep doctrinal fire hose of a
lesson.
I'll close with the first verse of Put Your Shoulder to the
Wheel!  "The world has need of willing men
Who wear the worker’s seal.
Come, help the good work move along;
Put your shoulder to the wheel."
That's about it for this week! 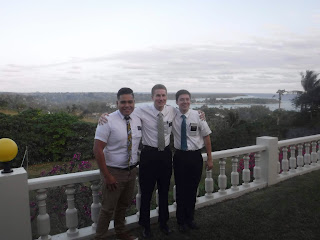 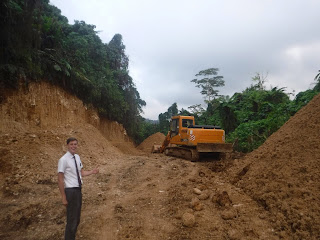 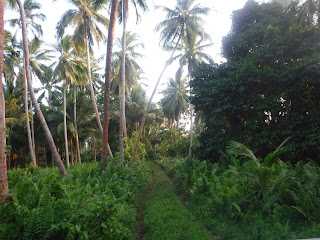