Well this week really wasn't all too exciting. A majority was spend blowing my mind up in the office. We spent like 3 full days in the office straight. I was ready to blow my mind up after. Anyway I'll break it down day by day.

Last Pday I got a fresh haircut at a real barber shop! First haircut from an actual barber for my entire mission haha. We were trying to look all nice for the member of the seventy who came yesterday, Elder Cardon. He's in the area presidency for the pacific and he was super chill. More about him later.

Tuesday was a district training by President Granger. Solid stuff as always. Getting to the meeting was interesting though. We woke up and the tire on our bus was flat cause there was a nail in it. We had to put the spare on right then and there. After the meeting, we got the tire patched and all was well. We are still suppose to be getting the new bus for the mission soon. It's only been delayed like 5 times haha. Gotta love island time.

Wednesday the office madness started. Sister Granger dropped a ton of stuff that they're up to these next couple months and we got transfers. We get transfers a good 2 weeks in advance to book all the flights and organize everything. I found out that Elder LaMont is already going to be leaving me! I'll be travel elder "nambawan" ("number one" in english) now haha. President loves keeping me out of comfort zones. I'm looking forward to training someone how to do all this travel stuff.

Thursday and Friday were also office days. I got some crazy bad headaches from being in there too long haha.

Saturday we finally had a proper day in the area again! We found out that one of our investigators went off the deep end and broke up with his girlfriend and started doing all sorts of crazy things. We think that he might actually be insane but were not sure yet. We also committed a ton of people to church but no one ended up coming!!

Sunday not a single investigator came to church and most peoples excuses were comical. We also picked up some missionaries from outer islands for the zone conference with Elder Cardon. All went well.

Monday Elder Cardon taught us tons about the importance of getting investigators to pray, about the Abrahamic covenant, finding investigators etc. Its was really really great stuff. I like his way of teaching. It truly is a blessing to have the chance to meet so many general authorities of the church on a mission. They are truly "special witnesses" of Jesus Christ.

Sorry I completely forgot to take pictures this week so the only ones I have is driving to the internet cafe. Oh and our house haha.

Pics:
Me finishing up emails!
Our hosting house/hotel haha
View close to our house
View from the internet cafe :) 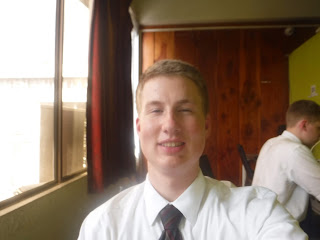 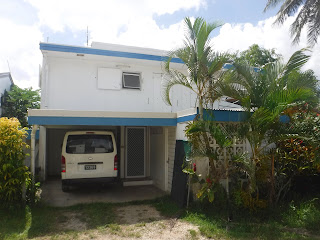 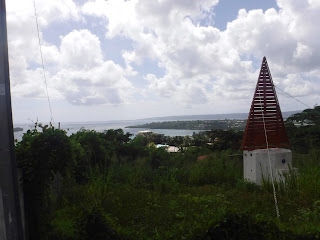 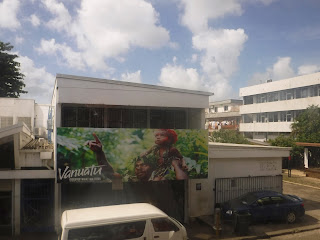 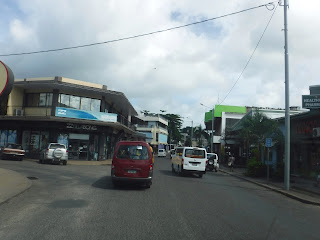