So Christmas season has been pretty great! I loved getting to see Christmas from two different sides of the mission! From our Christmas party everyone on Efate went to presidents house and we had a house gift exchange and played lots of fooseball haha. We also got to host like 8 elders at our house who flew in from Tanna which is always a fun experience. It gets a little crazy with 10 missionaries in ONE HOUSE but it's the best haha.

So for New Years everyone in the mission was told to stay inside cause the parties get a little crazy around here, however the office district with president and Sister Granger did a whole island tour and stopped by every single missionary house on Efate. It took about 5 hours and we wished everyone a happy new year. Its was super cool and also a little stressful with sister Granger being the protective mother she is haha. She didn't hesitate to "improve my driving".

Anyway as far as missionary work goes, our area is been progressing really well! We found 14 new investigators just in this last holiday week alone! I was super hyped. We also have 3 convert kids who should be getting baptized in January. Their names are Jerry, Joma and Ivong. Pics at the bottom. Our area is literally the best cause we get to take our bus off-roading almost everyday. The roads to some of our investigators houses are absolutely terrible. We've already got stuck once and we both had to get out and push the bus free ourselves :).

Cool story: while going to see our investigator Joma, an 11 year old kid, we were told by his brother that he left the house to go fishing at a pond. We were a little disappointed that he wasn't there for his lesson but then we just asked his little brother Ivong who we were suppose to teach too to take us to him. After 15 mins of wondering in the bush we found Joma fishing and we did a lesson on the plan of salvation on the spot next to the pond. To make it better after the lesson a guy who was just taking a walk in the bush walked by and we contacted him too and he gave us coconuts and we walked back to his house with him and taught him right then and there. Turns out he's super interested in the Book of Mormon. Cool miracles.

That's it for these last two weeks! I kinda have to cut emails shorter now cause I got less time! 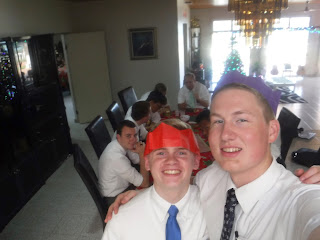 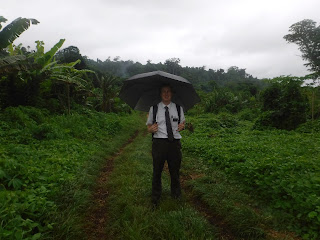 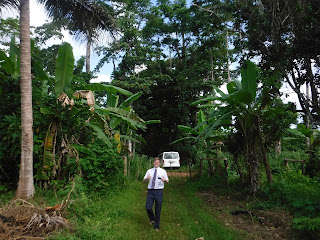 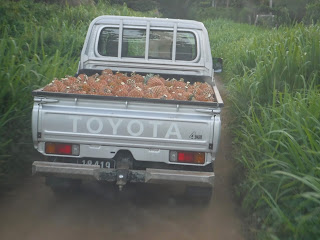 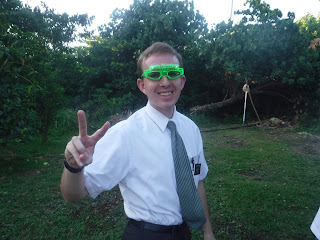 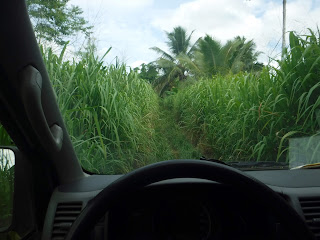 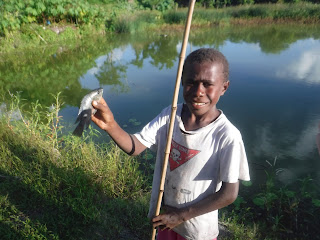 Tell Nate the sloth has been mounted on the bus!! 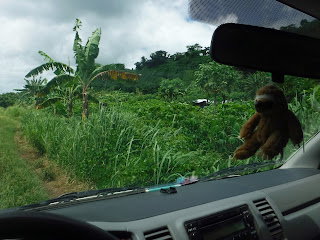 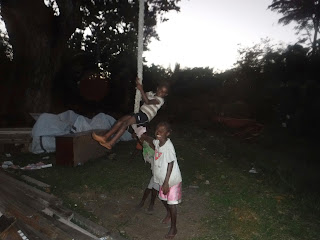 Ivong leading us through the bush 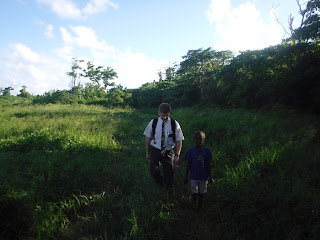 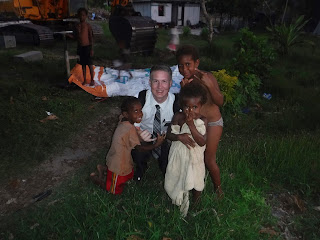