Well this last week has been super solid! Last P-day Elder Claveau cut my hair super short and then we decided to hike to a dam. Its was super beautiful and cool!

Thursday we had another lesson with Nels and he promised us that he would start coming to church every week now which is awesome! We had a lesson on eternal marriage and families and he said its something he really really wants! We also found an investigator from a long long time ago named Ketsia and had a lesson on the spot.

Friday we found another new investigator via a phone call. It was a miracle. Elder Claveau called a random number from along time ago that he contacted back when he was in this area a year ago and it wasn't the person who we expected but we asked if we could stop by and share a message anyways and she said yes! Friday was also the first day for Elder Tetuaiterai! Not gonna lie I was a little nervous at first but this last week with him has been solid. The work has really picked up.

Saturday we had another ward activity at a members house. Good food good life again. I also had lots of time to talk with Beniot too. He's doing super well! He's right into the ward now and should be getting a calling soon!

Sunday we found another new investigator named Alex with tons of good questions! Hes one of those guys who just gets it when it comes to religion haha. We also had our first lesson with Ludo a potential I met with elder Nulak! Turns out he's actually pretty interested in the church! He said that he had a dream after reading the restoration brochure one night and his whole room was filled with light like when Joseph Smith saw the angel Moroni. Crazy stuff. He's a bit scared to go all in with our church he said because his family is all catholic but he's a miracle!

Monday we had some good success with some "yelling at house" contacting as I like to call it because every house has a gate haha.

Tuesday we had a district meeting with president and his wife. Went well and we also had a meeting with all missionaries in 2 wards in the stake because we want to plan a huge activity about Lehi's dream for investigators. Should be cool.

That's all for this week! I can't send pictures with this computer so I'll try another.

Pics
New comp!
Barrage de Dumbea
This lucky elder, Elder Eronico "my grandpa" is going to the outer islands (Lifou, Ouvéa and Mare!) First time in a while that missionaries have been sent there. 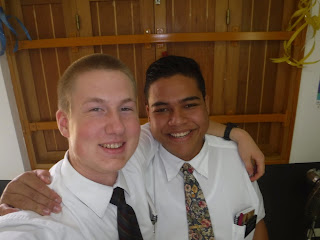 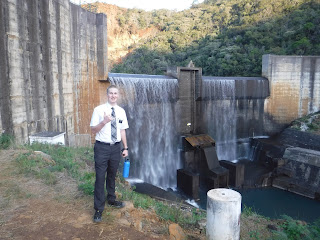 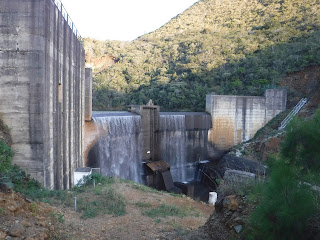 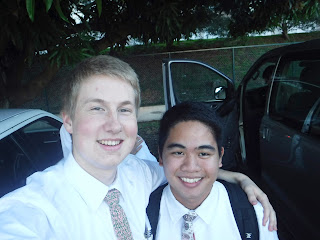