Well its been a while. Last week I couldn't email because it was Halloween. it surprised me that even here in this random corner of the earth there are little kids that dress up as ghosts and knock door to door for candy haha. It was a pretty uneventful day for us as missionaries though.

As for some highlights these last two weeks. We've still been teaching our investigator Coralie and its been going super super well. We've only known her for 2 weeks and she's come to church twice and has already ready a bunch of the Book of Mormon. One of the best/sincere investigators that Ive had in a while! She has already been asking deep questions about the millennium and about spirit matter and resurrection and tons of crazy stuff. She's awesome.

Last Friday we found out transfers. Looks like Ill be staying in Noumea but now my area got added to another and Ill be training.....again! Ill be training a Quebecois named Elder Shampoux! He comes on Friday but this week I'm with Elder Hable, a new American Elder that got to New Cal 6 weeks ago. I'm pretty excited to train again! We should be staying busy now that we have 2 areas now.

We have to say goodbye to a few good missionaries too. We had a little dinner/meeting with our ward mission leader to honor one of the Tahitian sisters who just went home, Sister Tatahio. Sad as always to see missionaries leave!

That's about it! Have a good week everyone!

Oh PS I almost forgot but for my district training those who wanted did a pepper eating challenge. It was incredibly spicy going in and going out. Shout-out to Elder Lowe from Brandyn's mission. The essence was that sometimes the Lord gives us peppers and sometimes he gives us candy haha. 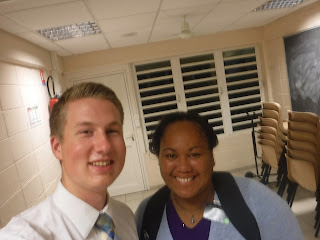 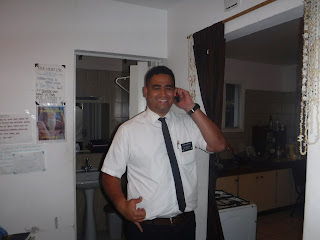 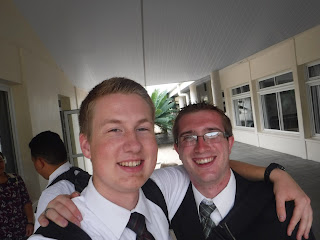 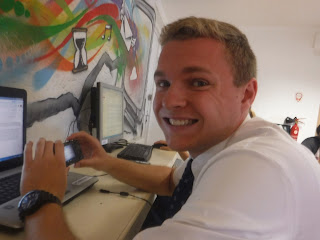 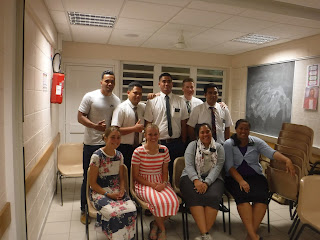