A goat stole our phone

Its been a couple weeks! Last week I couldn't really email cause I was back in New Cal!! I went over for just a day last Sunday and came back last Monday! I went to go get my "Carte de Sejour", or visa because you have to pick it up in person. It was suuuuper weird going back. It was actually hard to switch back into French but after speaking for a few hours it was just like before haha. As for these last two weeks its been great! Jonathan, the guy who randomly started following the word of wisdom on his own got baptized!! Elda Child baptized him and I did the confirmation. In classic Ni-can fashion we both got asked to give talks on baptism and the spirit on the spot at the baptismal program haha. This time round it was a lot easier though. Bislama is coming along.

Elder Kennedy and Elder Gaulden, some other office elders, also had a baptism in our ward too. We had to drive out to a place called Eton which is a tiny little village about a 30 min drive. There is a tiny little unit of the church out there but its technically part of the Etas ward so we did our baptism together with our recent convert! Being in Eton for a bit was actually awesome. When we got there its turned out the guy we were suppose to interview hadn't come back from work yet so we made simboro (some local food. Look it up!) and talked with the members for a bit wait we waited.

Another story. So last Saturday after the baptism we were kinda having a rough proselyting time. Nobody we wanted to see was home and so we were a little frustrated. To let out a little frustration, after walking back from a house of someone we wanted to see but wasn't there, Elda Child jumped out and yelled at a goat to scare it haha. Turns out that this dumb little thing would come back to haunt us. What we didn't realize is that the phone at fallen out as he jumped out at the goat. We were looking around for hours back at the house and back tracking our steps in our area to finally find it next to the flippin goat. Looking back I should've taken a picture of that dumb goat haha.

This week we also picked up some mid transfer arrivers. 2 Tongans and 1 Micronesian. They were in the "english second language" program at the New Zealand MTC so they come in mid transfer which makes things interesting. It was a little special this time cause president and sister Granger were not even in Vila at the time they came so they never really got a proper orientation. Me and Elder Kennedy had to do a make shifty welcome for them at the mission office haha.

Another story. Elder Child and I have decided to "contact the neighbors" We bought a pineapple and decided to basically do some door to door. We figured we'd prepare now to be 40 year old men in our future neighborhoods and to be Mormon neighbourly neighbors haha. It worked kinda. They said they'd invite us over for a "drink" one time haha. Maybe an opportunity to teach the word of wisdom :).

Well that's everything interesting that happened these last couple weeks!

Pics:
-Tontouta airport in New Cal!! Took Elder Hable back with me cause he got transferred to Vanuatu!
-Cool sunset in Vila
-Makin Simboro in Eton
-Jonathan's baptism!
-Eatin some sugar cane 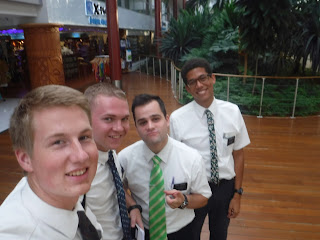 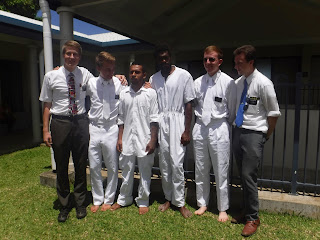 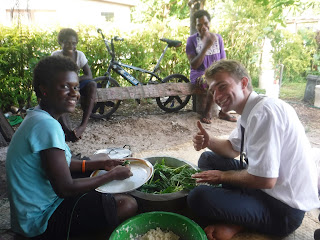 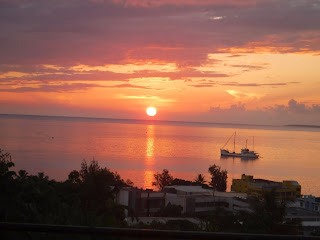 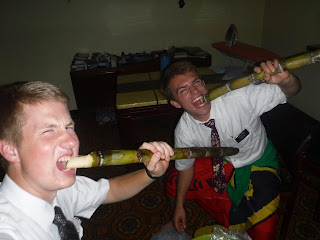