The Turks and Caicos

So last Pday was a working day. We did shopping and emailing but then went straight to lessons. We saw Vladimir again but couldn't really teach much. His memory hasn't recovered enough since his near death experience and he doesn't really retain anything we teach. We also found a Futunian family who doesn't practice a religion because they have "too many kids" They invited us in to eat with them and we couldn't say no haha. They said they can't go to church because they can't control their 8 young kids!

Thursday we had a strange little lesson with a dude named Ludovic. It was his first lesson and he decided to say a pray for us in the middle of the lesson and then he asked us to give him a blessing by the laying on of hands at the end and then he said: Once I take all your lessons I can get baptized? Do I have to go on a mission too? I really wasn't sure if he was serious or not but I was just strange all around. Thursday night we had a dinner with our investigator Ruddy who's getting married Saturday and hopefully baptized soon after. We had like 4 members there which was awesome including his soon to be member wife who is an awesome member missionary haha.

Friday we had a little English class with Coralie and that evening was the ward Christmas party too! All went pretty well. Coralie actually speaks pretty good English already so it was just an "immersion" class. Unfortunately no other investigators came :(

Saturday we had absolutely nothing already planned but it worked out alright! We felt like we needed to see Vanina again who hasn't really progressed in a long time and at the end of the lesson the husband who doesn't want her to get baptized came up to us and said he wants to start learning more about the church! We also taught a little lesson to an inactive at her work haha. She irons clothing for a living and we taught her while she was ironing. It was crazy how good she was at ironing haha. I was mesmerized.

Sunday we finally returned to the chapel broken by the cyclone! We also happened to get a new bishop! I did not see that coming but it was cool. Excited to have some fresh eyes on the ward. After church we just did some door to door. We are trying an approach where we bless peoples houses with a short little pray for the holidays. Its actually been working pretty well. One door a naked dude answered and asked for our book and then we gave it to em and left lol.

Monday we happened to run into an inactive who hasn't seen a church member in 17 years apparently. When we knocked on the door she kinda freaked out a bit and was super happy to see missionaries. Funny thing was is that we were suppose to have a lesson with a dude that was suppose to have lived in that apartment but we think he gave us a false address. Nothing happens by chance though eh? We also continued to do alot of tracting. We met 2 super potential ladies that took as a sign cause they both need alot of help in their lives. One is from Vanuatu and the other from Cameroon Africa.

Tuesday Coralie dropped the bomb on us that she's moving to the Caribbean on MONDAY. That means she wont be getting baptized here but she is super excited to see the little branch in the Turks and Caicos islands. Kinda sad she's leaving but the work goes on.

Just some random photos we took in the car. 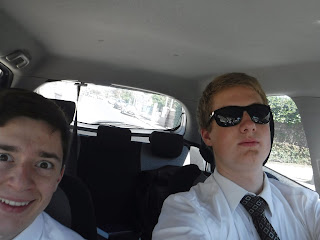 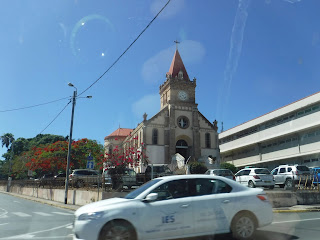 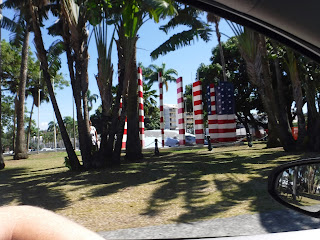